I recently received a request to chat with a family looking to bring a dog into their home. They own geriatric cats and wanted to make sure that the dog would not be a safety concern for the cats. They had contacted me because they had selected a breed and were strongly considering adopting a puppy. They had a few final questions before putting down a deposit.

When I called them back to find out what questions they had, it came to light that they chose the breed based upon a childhood adoration of the breed (not the specific temperament). They were seeking a puppy because they felt that a puppy raised with cats would be less likely to chase or hurt the cats compared to a newly adopted adult dog. Part of this conclusion was drawn after a relatively disastrous attempt to foster an adult border terrier (who attempted to devour the cats). 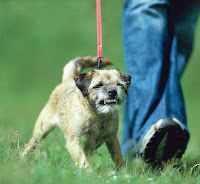 Over the course of our conversation (which they allowed me to share with all of you!), we realized that there were some things to reconsider in their Doggie Acquisition Project. First, a small terrier is the last breed that I would choose for two geriatric cats. Despite working with a rescue group that tried to pick a good candidate for their home, it was a bit of a recipe for disaster. Second, their work schedules were really not conducive to raising a boisterous puppy. Also, old cats who had never lived with a dog don’t necessarily love the idea of a curious, playful puppy.

After some further conversation, we talked about the option to adopt from a foster organization that could suggest a dog currently fostered with cats. We also discussed the breeds that I thought would be less successful due to general temperament (terriers!). By the end of our conversation, this family decided that a puppy might have not been a great idea for their particular home. They also know that if they see a dog via a foster group, then they can forward me the link, and I’ll give them my thoughts. In addition, we discussed some good sites to search, reputable organizations, etc.

In contrast to this “almost bought a puppy” experience, we often meet pets soon after being purchased or adopted. Some owners come to the appointment with a contract that they don’t completely understand, recommendations/requirements made by the breeder, and sometimes unclear vaccine records. Sometimes there are questions that I would have loved to see asked prior to purchasing the dog (questions about screening the parents for particular health conditions), or temperament tests to consider performing in choosing a pup from a litter. Once you’ve purchased the dog, I’ll do all that I can to keep that puppy healthy; however, I would love for you to start with a healthy, balanced dog versus one set up for health issues lifelong!

What is the moral of this very long story, Doc?  I want all of you to know that prior to pet acquisition, please remember that we are a valuable resource for you. Consider scheduling a pre-adoption/purchase consult  or phone consult if you are “shopping,” and let us help you become an informed consumer! If you are considering a species that you haven’t owned previously, then you might want to touch base with one of us to understand the requirements of that pet. For instance, puppies need to go out mid-day. Exotic pets can have very specific housing and nutrition needs. Tell us the make-up of your home so that we can take that into account (young children, other pets in the home, allergies, etc). For instance, did you know that the likelihood of inter-cat aggression (or stress) is significantly higher between two female cats and highest between female litter-mates? So if you already have a female cat, you might want to seek a male for number two.

Education is something that we truly enjoy at Shiloh. We love empowering you to become the best pet owners that you can be, and that starts by picking the best match for your home. Please don’t hesitate to reach out to us if we can be of any assistance!


Posted by Shiloh Animal Hospital at 12:36 PM No comments: